Alex McCarthy shared his thoughts as Saints claim a point against West Ham.

The goalkeeper shares his thoughts from St Mary's.

Which key players to target before prices soar...

We pick out some of the keeper's best saves since signing in 2016.

Check out our tips to navigating the upcoming double gameweek.

Alex McCarthy: At home with Saints' No. 1

Fantasy Premier League: Get set for the run-in

Our top tips for outscoring your mates as Fantasy Football returns.

The Southampton striker gives us ten of his favourite songs to listen to during the lockdown.

The goalkeeper gives us his top ten songs to listen to during the lockdown.

McCarthy: A tough one to take

Check out our handy tips to help you climb your mini-leagues.

Video: Saves of the Season

We celebrate the best moments from Saints' last line of defence. 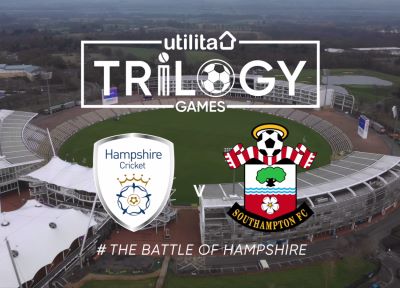 Southampton and Hampshire Cricket go head to head at the Ageas Bowl.

Check out our top tips to climb your mini league.

League Only
League Only All
Last updated 28 Nov 2021

Guildford-born McCarthy came through the ranks at Reading’s academy where he eventually earned first team football following numerous spells out on loan.

Although often away from his parent club after turning professional, McCarthy was highly regarded by the Royals’ hierarchy, and was initially called up to represent England Under-21s in 2009 before making his first appearance at that level a year later.

He made his football league debut as a 19 year-old with Aldershot Town and completed the 2008/09 season at Brentford.

A season-long loan to Yeovil Town saw him play 44 league games and keep 12 clean sheets. He also faced up to Southampton for the first time towards the end of that campaign where he was on the end of a 1-0 defeat at Huish Park as Lee Barnard scored a late winner against him.

He joined Brentford again in 2010 but soon returned to Reading as understudy to Adam Federici. When Federici picked up an injury at the turn of the year, McCarthy took his chance with a series of impressive performances, but when the Royals’ first choice ‘keeper returned, the youngster went back out on loan the following season.

The first half of the 2011/12 season was spent at Elland Road with Leeds United to cover for injured shot stopper Andy Lonergan. Midway through the campaign, McCarthy moved on to Ipswich Town following Lonergan’s recovery.

Regular game time saw McCarthy return to Reading for the start of their return to the Premier League and although he was initially second choice to Federici again, the Australian’s loss of form early on in the campaign gave McCarthy an opportunity to stake his claim.

Despite being forced to miss a chunk of the season with a shoulder injury, he came back and produced some outstanding displays towards the end of the campaign including a memorable clean sheet recorded against Liverpool.

His performances earned a call up to the senior England squad during 2013 for friendlies against Republic of Ireland and Brazil, where he first encountered Southampton’s Head of Goalkeeping Dave Watson.

After one season at Loftus Road, McCarthy moved across London to join Crystal Palace in the summer of 2015, but cut short his time at Selhurst Park to join up with Southampton, and Watson, on a three-year contract following the departure of Paulo Gazzaniga on loan to Rayo Vallecano.

McCarthy's first Saints appearance came in a Checkatrade Trophy clash with Charlton Athletic in August 2016, with his Premier League bow with Southampton coming in December 2017, as he kept a clean sheet in a 0-0 draw away to Manchester United.

That sparked a consistent spell as the club's number-one keeper, with McCarthy's form in the second half of that campaign so strong that it earned him both the Fans' and Players' Player of the Season prizes at the end of it, while he also signed a new four-year deal with the club in the summer of 2018.

His form and accolades didn't go unnoticed as he was then rewarded with a place in the England squad. McCarthy finally made his International debut, with his first call-up coming in 2013, as a second half substitute for Jordan Pickford in the 3-0 win against the United States in November 2018.

However, with Saints struggling at the wrong end of the table, the keeper was dropped for the end of the 2018/19 season by summer arrival Angus Gunn who finished the season as number one.

This continued into the start of the 2019/20 season until Leicester City shipped nine past Saints and McCarthy was given a chance to reclaim his number one spot. The keeper never looked back with a host of top performances and finished the 2019/20 season as the clubs number one ahead of Gunn and Fraser Forster.