Maya Yoshida’s Japan get their World Cup campaign up and running in the early hours of Sunday morning.

Samurai Blue play their first match of Group C against Ivory Coast at the Arena Pernambuco (kick-off 2am BST), and the Saints defender who missed the last two months of the 2014/15 Barclays Premier League season with a knee injury, is now raring to go again as he bids for his first taste of World Cup action.

The 25 year-old played in the recent warm up matches against Cyprus and Zambia, and Yoshida is looking forward to the prospect of going head-to-head against some familiar faces, including Wilfried Bony of Swansea and Yaya Toure from Manchester City.

“I have watched a couple of (Ivory Coast) games and I think Toure will play, so for 90 minutes we have to concentrate,” he told Kyodo news agency.

“Toure told me he thought it would be a difficult game against Japan, but I said to him ‘I don't think you really think that.’”

The attacking threat of Bony aside, Ivory Coast also have the option of playing former Chelsea striker Didier Drogba, but Yoshida is prepared for whichever striker he has to deal with.

“If Drogba plays, I think it will be more direct football and they will play a lot of long balls, but on the other hand, Bony plays the same way and is physically strong, so we have to think about picking up the second balls.”

Gallery: Making waves with our away kit

A look at our brand new hummel away kit

Mon 04 Jul
Bold is brave: 2022/23 away kit revealed Bold is Brave Episode One: The Rise of Rainbow Saints 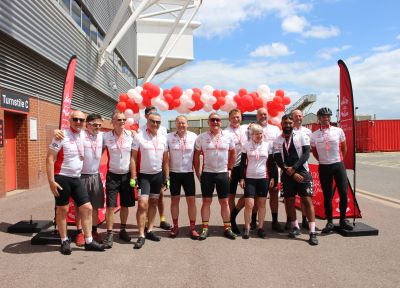